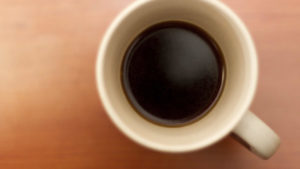 Is it OK to drink coffee during pregnancy?

How much coffee a day is OK when pregnant?