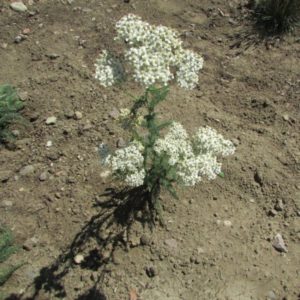 Vaginal postpartum bleeding, or lochia, is the heavy flow of blood and mucus that starts after delivery and continues for up to 10 days.

Light bleeding and spotting after pregnancy can continue for up to four to six weeks after delivery (though it varies from person to person and pregnancy to pregnancy).

Is it normal to bleed more after breastfeeding?

How do you know if its your period or postpartum bleeding?

Lochia isn’t usually bright red in color beyond the first week postpartum. It’s usually lighter and can be watery or white in appearance. Bright red bleeding that occurs six or more weeks after delivery is more likely to be your period. Pregnancy-related bleeding can increase with increased exertion or activity.

How long did your postpartum bleeding last?

2. Bleeding after birth may last for a while. Bleeding typically lasts around for 24 to 36 days (Fletcher et al, 2012). If your lochia lasts longer that six weeks, don’t worry.

How long should you bind your belly after birth?

Most belly wrap manufacturers suggest wearing one for around 10 to 12 hours each day, for up to six to eight weeks postpartum, to receive the full benefits. With that type of constant wear, the postpartum belly wrap you select needs to be one you love—and any of these 12 should fit the bill.

These are the most common symptoms of postpartum hemorrhage:

Breastfeeding can help you recover faster after delivery.

Breastfeeding right after the delivery of your baby helps stop bleeding from your uterus. It also helps shrink your uterus back to the size it was before your pregnancy. This can happen because of the extra calories your body needs to support breastfeeding.

Can you get Period 5 weeks after giving birth?

If your bleeding is this heavy, you should go to bed and call the office for advice. Your first period will arrive 5-6 weeks after delivery. If you are breastfeeding, you may not have a period until 2 months after you stop breastfeeding.

Photo in the article by “National Park Service” https://www.nps.gov/libi/learn/nature/native-plant-garden.htm